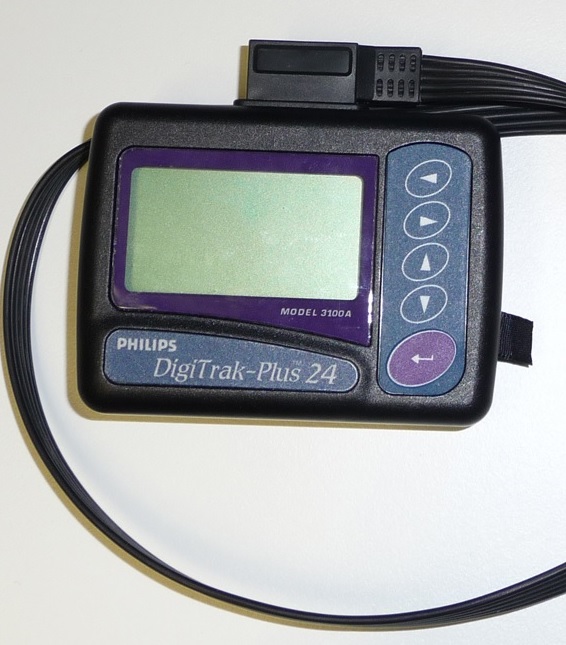 Holter and event monitors are medical devices that record the heart’s electrical activity. Doctors most often use these monitors to diagnose arrhythmias (ah-RITH-me-ahs).

Arrhythmias are problems with the rate or rhythm of the heartbeat. During an arrhythmia, the heart can beat too fast, too slow, or with an irregular rhythm.

Holter and event monitors also are used to detect silent myocardial ischemia (is-KE-me-ah). In this condition, not enough oxygen-rich blood reaches the heart muscle. “Silent” means that no symptoms occur.

The monitors also can check whether treatments for an arrhythmia or silent myocardial ischemia are working.

This article focuses on using Holter and event monitors to diagnose problems with the heart’s rate or rhythm.

Holter and event monitors are similar to an EKG (electrocardiogram). An EKG is a simple test that detects and records the heart’s electrical activity. It’s a common test for diagnosing heart rhythm problems.

However, a standard EKG only records the heartbeat for a few seconds. It won’t detect heart rhythm problems that don’t occur during the test.

Holter and event monitors are small, portable devices. You can wear one while you do your normal daily activities. This allows the monitor to record your heart for a longer time than an EKG.

Some people have heart rhythm problems that occur only during certain activities, such as sleeping or physical exertion. Using a Holter or event monitor increases the chance of recording these problems.