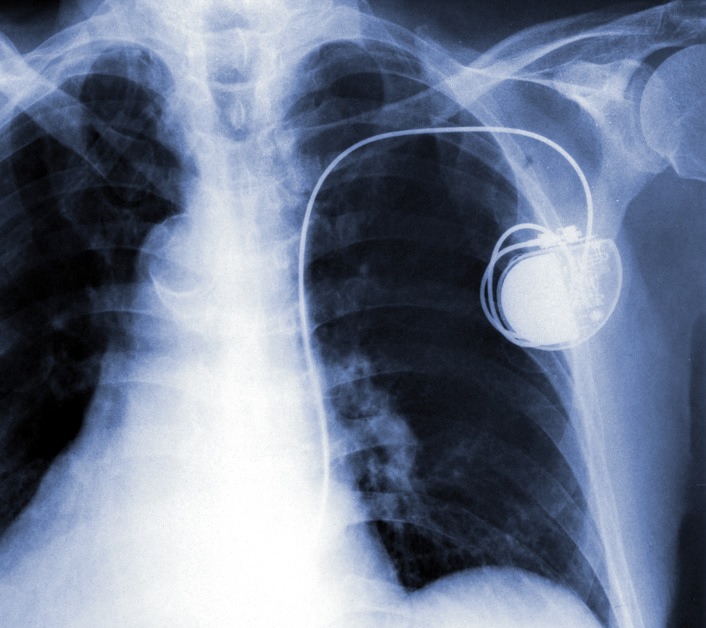 Why would a patient need a Pacemaker?

What is a Pacemaker?
A pacemaker is a small, lightweight battery-powered device that helps the heart beat at a regular rhythm. It is used to replace a defective natural pacemaker or a blocked conduction path that prevents the electrical signal from reaching the heart muscle normally. It does this with a tiny, imperceptible electric impulse that helps control the beat.

There are two types of pacemakers, permanent (internal) and temporary (external).

Pacemakers use batteries to send electrical impulses to the heart and so help it pump properly. An electrode is placed next to the heart wall, and the pacemaker transmits small electrical impulses that reach the electrode through a wire and make the heart contract.
Most pacemakers have a sensor device that deactivates the pacemaker when the natural heartbeats are over a certain level. It is activated again when the beats are too slow. This is known as a demand pacemaker.

A pacemaker has two parts: a battery-powered generator and wires (leads) that connect it to the heart. If a patient needs a pacemaker for a short time, perhaps after a heart attack, the battery unit can be worn on a belt.

Why are pacemakers important?
Slow heart rhythms may cause symptoms such as lightheadedness, fainting spells, and tiredness.

A pacemaker gives the heart the extra help it needs to relieve symptoms and can help you feel better. Also, having a pacemaker can give you more freedom to do the activities you enjoy.

For example, if the pacemaker senses that the heart is beating too slowly or pausing for too long, it sends tiny electrical impulses. These impulses are too slight for you to feel, but they stimulate the heart muscle to contract and pump blood.

If the pacemaker senses that the heart is beating at a proper pace, it goes “on demand” and stands by until it is needed. The instant the heart starts beating too slowly or pauses for too long, the pacemaker will begin pacing again.

The pacemaker’s sensing and pacing functions are adjusted, or “programmed,” by your doctor to meet your particular needs.

Pacemaker Implantation
An incision is made in the skin under the collar bone. The wires are threaded through the large vein under the clavicle that goes to the heart and wires are then hooked to the heart. The generator is then placed under the skin, is connected to the wires and held in place with a suture. The implantation procedure requires local anesthesia and takes about an hour.

The generator normally has a useful life of seven to twelve years.
Many people with pacemakers today lead full, active lives.

When can a pacemaker help?